Currently Sony offers the A6300 and also the A6500. Coming out with a new model called the Sony Alpha A6400 sounds a bit backwards, but i'm guessing because it lacks the in-camera sensor stabilization that the A6500 offers. I don't see that as a deal breaker as most of these small cameras end up on gimbals, and today's mirrorless lenses offer Image Stabilization already. And though it is missing in-camera IS, it does offer some interesting features that the A6500 does not have.

The new Sony A6400 has a built in timelapse feature. Normally with Sony mirrorless cameras, you would need to download an app or use an external intervalometer. The A6400 also includes the HLG profile for those who want to dabble in HDR video. They also say they have improved on the quality of the 4K video on the A6400. The LCD now flips over the top of the camera (selfie-mode) which is handy for them vloggers and product reviewers. One other thing i'm hearing is that this camera has removed the 30 minute time limit during video recording (I hate that in my A7R3), which will make it a more suitable camera for long interviews. 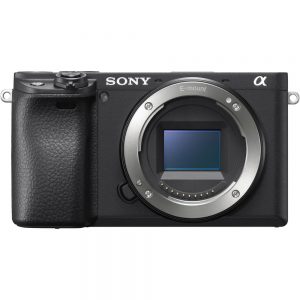