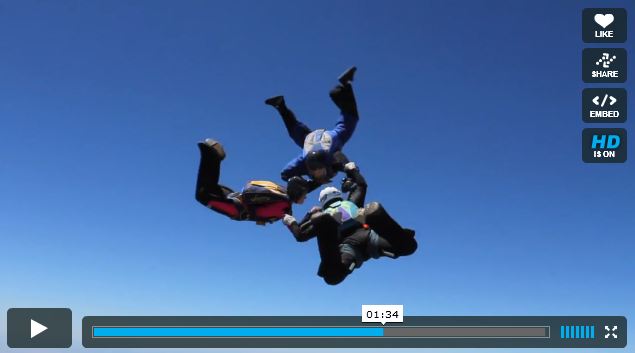 Not long after I posted about Skydive.tv, local Bay Area Skydiving Videographer Bill Voelker sends in some footage shot with his custom T2i Helmet mount. Most people might think that a 5DM2 or 7D with it's magnesium frame would be a better fit for this extreme sport, but i'm assuming weight would be an issue, so the T2i does just fine. I wonder how that focus ring or zoom ring is all kept in place while dropping at that speed?

Surprisingly all the footage is being shot with the standard kit 18-55mm and is getting some really great results. Who says you need to pay big bucks for great footage? He mentions he's also been using a Steadicam Merlin stabilizer for additional footage on the ground shown in this second Skydiving T2i video here. If you're in the Bay Area and would like to test Skydiving out you might want to give Bill a holla! Very cool stuff Bill, thanks for sharing.