Now that I have one perfectly working GoPro Hero4, I started looking into the SD Error that I was getting previously. The user manual that comes with your GoPro HERO4 may tell you that a Class 10 microSD Card is required, but that general piece of information is not enough.

My Sandisk Ultra microSDXC cards although rated at Class 10 have a Max. Read Speed: 30MB/s & Min. Write Speed: 10MB/s. In order to work seamlessly i'll need to step up to the Sandisk Extreme Plus which is also a Class 10, but with a Max Read Speed of : 80MB/s & Max. Write Speed: 50MB/s. Here's a list of suggested cards so far according to the GoPro Support webpage.

These Samsung Pro microSD cards also appear to be able to handle the speed requirements. Since there's a delay on shipping the other cards, I'm probably going to give these a try. 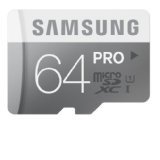 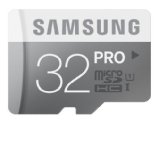