Vimeo member Carl quickly throws up some sample tests between the Rode VideoMic and VideoMic Pro. He's also thrown in Rode's latest Lavalier directly into the Canon 5D Mark II which sounds awesome (but is kinda pricey). Rode themselves have even left a bit of feedback in the video comments to try another test. Using the new +20db feature in the VideoMic Pro along with the 5D Mark II audio turned way down to improve with the floor noise. This is the benefit for having manual controls over your DSLR's audio levels, a feature native to only the Canon 5D Mark II and 60D. T2i users can benefit from Magic Lantern firmware, but 7D owners need to rely on some type of AGC disable. [Thanks Carl]

[Update] Here's Carl's follow up test using the +20db setting on VMP and turning gain down in the camera. Compared to the non-Pro VideoMic there's a difference.

Another slightly different take on some audio tests throwing in a 550D + Magic Lantern in the mix. This time Vimeo member D Films starts out with an unboxing. Audio in the beginning was the ATR3350 Lav mic + Zoom H1. 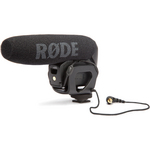 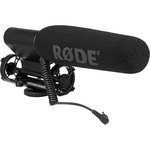 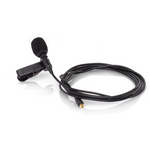 19 thoughts on “Rode VideoMic vs. VideoMic Pro vs. Lavalier”