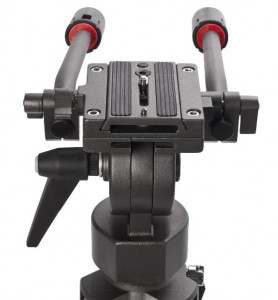 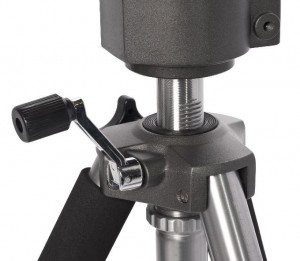 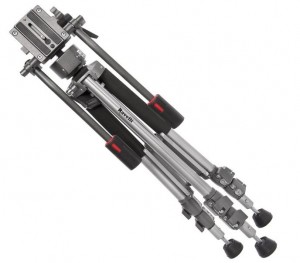 I've received several inquiries about this particular Tripod with Fluid Head, but i've no clue. Since there's a continuous amount of questions, maybe this post will spur up some comments about it. Marketed as the Ravelli AVT Video Camera Tripod with Fluid Drag Head, it's possible it could be sold under different names as well. I think I remember seeing something similar over at B&H Photo Video. Quick release plates look very similar to Manfrotto designs, so I wonder if it's cross compatible.

Other Technical details:
* Compact And Light Yet Still Supports Cameras Up To 16LBS
* Geared Center Elevator With Hand Crank
* 3 Channel Quick Release Locking Leg Sections
* New Horizontal Quick Release Latches. (allowing you to release all leg locks at once)
* Padded Foam Grips On Two Of The Three Legs To Safely Grab And Move Your Tripod

Anyone seen this on the streets, or have any more information if it's better than the Fancier or Weifeng stuff? 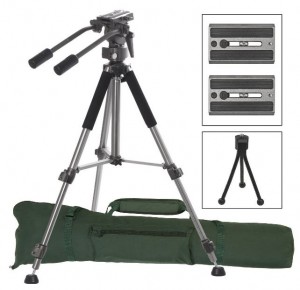 15 thoughts on “Ravelli AVT Video Camera Tripod with Fluid Drag Head – Worth It?”