For starters the GH2 was mostly unavailable throughout it's release, but has anyone noticed that the Panasonic GH2 prices have recently ridiculously inflated again? It's been brought back to life with the recent news of a firmware mod that will unlock some new features, but also unlock some crazy video bitrates as well. Testing different features so far looks very promising and since hardware wise it's superior to previous Panasonic's, this should bring out quality from a Micro Four Thirds never seen before. If you've already picked up a GH2, it's just a matter of waiting while the firmware is fine tuned, but if you're looking to jump on the bandwagon some average pricing can be found at the auctions (click here) 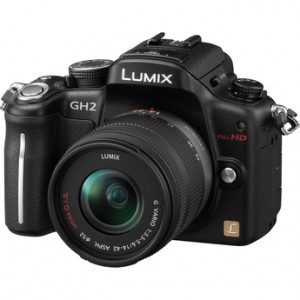