Well, here's a couple of specs gathered from a few different sources about the Panasonic DMC-GH4 (not GH4K). A Quad Core Processor, with a 16MP sensor to offer less noise and improved dynamic range. Max ISO 25,600 and a max photo burst mode of 12fps. 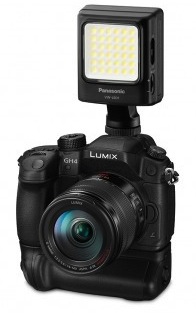 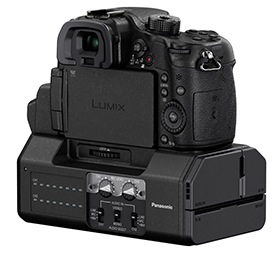 Obviously 4K Video with a max frame rate of 96fps. Since the DMC-GH4 will have a bit rate of up to 200Mbps (GH3 is 73Mbps), it will require those special Panasonic microP2 SDXC cards. Panasonic will offer an adapter that sits under the camera with (2) XLR audio inputs, and (4) SDI terminals, Micro HDMI, and Audio Out port. So far no official release date or pricing. Let's see how this all pans out compared to a Panasonic official announcement.