CAME-TV has a lineup with some of the most affordable gimbal stabilizers available, but the low cost tradeoff is that they may lack some of the conveniences like tool-less adjustments of more expensive systems. Of course since they operate using the same Alexmos / Basecam 32 Bit control boards and Dual IMU sensors, and are tuned using the same software as more expensive gimbals, the CAME-TV still provides incredible camera stabilization.

CAME-TV's first DIY 7000 Gimbal Kit started with an 8 Bit controller and later was upgraded to a 32 Bit controller with Dual IMU sensors. Following the success of those two models, CAME-TV followed up with a new 7500 (RTR) Ready-To-Run model. If you have the time and patience to learn how to properly balance and tune, the CAME-TV gimbals can offer some amazing dynamic camera movements.

As an example, check out all of the sweeping footage shot in this San Francisco Car Show video {below}. These shots were captured using the CAME-TV 7500 3 Axis Gimbal by SatoStudios.

And now the most recently improved product release in the ‘7000′ series from CAME-TV is the new 7800 model. The 7800 gimbal is based on the RTR 7500 model but now adds a slim camera Quick Release along with modified side and top handles (finally all black in color). The new 7800 gimbal ships mostly assembled, pre-configured with profiles, and is available now at a (currently discounted) price of $1280 US (click here). 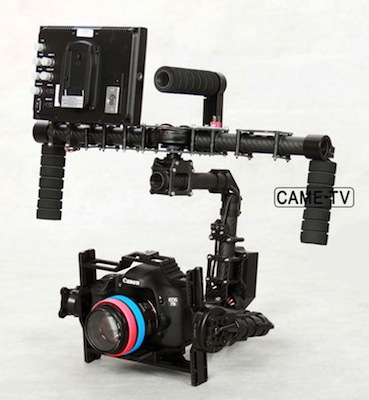 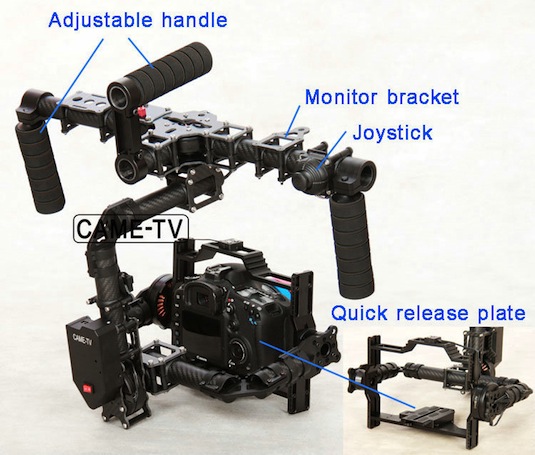