As simple as this small feature is, and one that is just naturally expected in any digital camera, the news of this new BlackMagic Design firmware is a major highlight of my day. The feature i'm talking about of course is the ability to (finally) format an SD card "in camera" on the BlackMagic Pocket Cinema Camera. Here's a snippet about the new firmware. 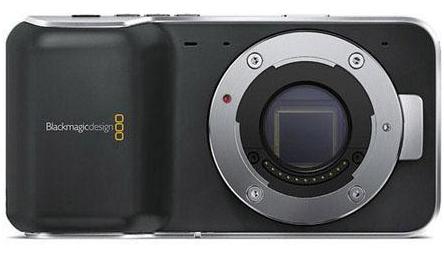 Press Release Snip:
“Following on from the popular release of in camera disk formatting on the Blackmagic Production Camera 4K last month, we are very happy to now release this feature for all models of the Blackmagic Cinema Camera and Pocket Cinema Camera,” said Grant Petty, CEO of Blackmagic Design. “Having this new formatting feature in the camera means customers get increased convenience as well as getting the most out of the SSD’s and SD cards so they can record higher data rate but extremely high quality RAW formats easier then ever before!”

I just wanted to add that BlackMagic Design has not been making actual video cameras for as long as companies like Canon, Sony, Panasonic, Nikon, etc. In fact it's only been a few years. Maybe the rollouts of new products haven't been all smooth sailing, but these continuous firmware improvements and amazing cameras offering more features for a price others can't match show that they are on the right track. Just wanted to give them a thumbs up for continuing to evolve, support, and improve even their older systems.