Another Amazing Deal available now for One Day Only (Limited Time and Limited QTY). Normally this kit runs about $700 US, but for one day the ‪‎Manfrotto‬ ‪504HD‬ Video Fluid Head + MVT535AQ Three Stage Aluminium Tripod is going for Just $299 (Found Here). 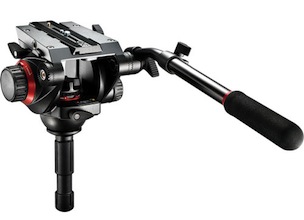 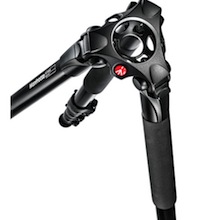 The Manfrotto 504HD Video Head is a beast capable of carrying up to 16.5 lbs. Unlike the less expensive Manfrotto heads, this one has a 4-Step Counterbalance system and Variable Friction adjustments (most cheap heads are either Unlocked or Locked no variable drag adjustments).

The bowl mount is nice as you can level this Fluid Head quickly without fussing on individual legs. This is certainly a decent deal for anyone looking to pick up a good fluid head (with tripod) right now.