[The above images were provided by Sean, thanks Sean]

According to the comments and emails coming in, It looks and feels like the real thing, but it's NOT being sold as the real LCDVF. In fact these replicas or 'clones' are going for less than half the price now. I'm still waiting for mine to show up, to do a side by side comparison, but i'm also the late one of the bunch who placed an order. Some others have sent in comments and emails stating it's not a replica, but looks to be the real deal with a different brand name. There's a few others posted online now, and it just seems to be getting cheaper. Again, this is the replica for the standard 3", but rumors are that in a few weeks a 3/2 Replica version for Canon 550D / T2i users will be available. Check out these super uber cheap LCDVF Replicas. 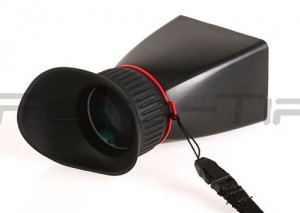