Thanks to Pierre on Vimeo for sharing this bit of information. I believe the company is called L'AIGLE which if my French isn't too rusty means "The Eagle". Ok i'm lying, it's translated on their website and I double checked on Google Translate. LOL. This particular DSLR stabilizer is called the 'Titan'. The Titan goes from hand held stabilizer into a folded camera shoulder support. Looks pretty cool, and the website offers a bunch of different upgrades and options, with even more confusing price packages. I'm thinking it's going to run a pretty penny since they even threw in some very expensive words like Carbon Fiber, Titanium, Tungsten Carbide, and Aluminum.

From the video it looks like it's pretty quick to setup with a bunch of fine tuning options. Most of these methods to balance are very similar to the Steadicam Merlin stabilizer, including changing the size of the arc. Changing the arc on these types of stabilizers shifts the weight further from the Gimbal making it more bottom heavy without adding additional weights. Being able to adjust this minutely is key to getting perfect balance. 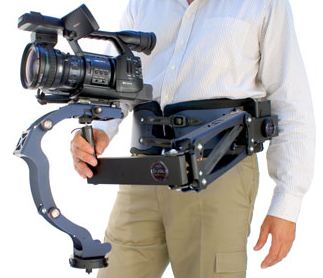 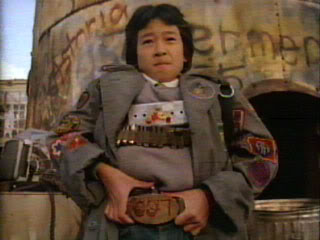 Instead of going for the vest, they've got a beefy waist belt that could be used for some interesting POV shots, JK!. If the belt works, it would be more comfortable to hide under a jacket, hmm..where did I see this before? 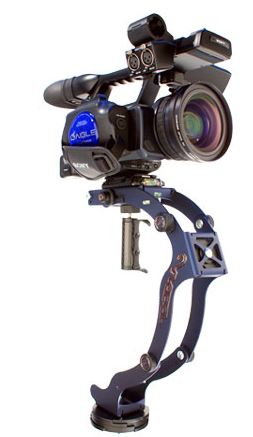 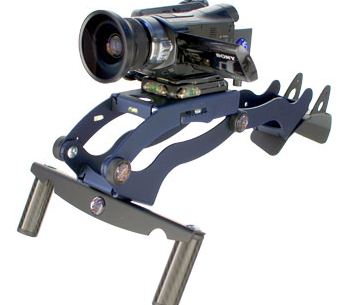 All in all it looks like a quality made stabilizer with lots of thought and design. I'm still going to say that it doesn't have the range and flexibility as the Glidecam HD stabilizers i'm using. For a few reasons, you can't rotate 360 degrees, run while tilting the stabilizer, and if you dare - flip it upside down! I flipped mine taking advantage of the Canon 60D articulating LCD screen. Very handy for Steadicam Stuff. If you think that all sounds like too much to ask, check out some of my ''amateur techniques'' (i'm no professional) with the Glidecam HD 4000 Product and Steadicam Merlin Vest.

[Thanks again Matt for letting me use the BTS footage]