Lately, Canon's been criticized for being behind the times and late to the 4K compact camera game

. Today they've introduced the Canon XC10 which looks like someone threw a Canon C100

in the dryer and shrunk it. Looking at the video below, you get the feeling that it's not really being pushed as a serious camera for professionals, and are sort of marketing this as a perfect 'B-Roll' camera Cinema EOS operators, or a gateway camera for DSLR stills shooters looking to get into 4K video.

At 4K the Canon CX10 can uses a completely new Canon Codec which they call XF-AVCS. This is an Intra Frame Compression, basically every frame has full video data and information. At 12 stops dynamic range and a high data rate, it's seems like a darn good camera, but in typical Canon fashion, it's limited by not having an interchangeable lens. 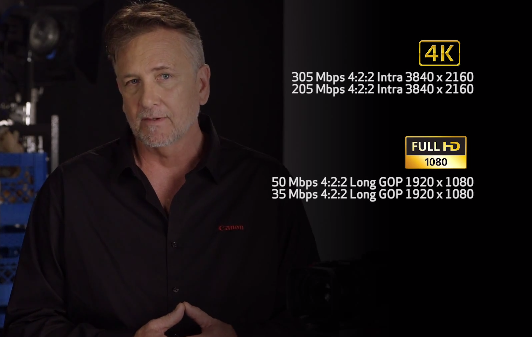 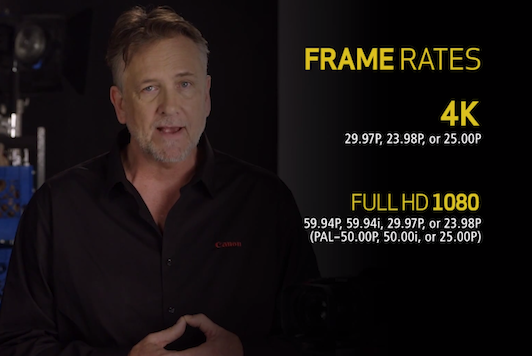 Even though this may not be a a professional camera system, it does require CFAST cards to shoot full 4K resolution (not compact flash). It's not very clear what CFAST rating is needed, but I can tell you this is a very expensive card. A basic 32GB Lexar CFAST

would be a better buy. Wouldn't it be great if they could just ouput the 4K from the sensor? From how they mention CFAST on video, I'm guessing they'll be limiting this feature too.

There does appear to be a Mic input and a Headphone Out port which is good news. But with a 1" sensor, fixed lens, and most likely no HDMI out to record to cheaper media, Canon doesn't seem to want to give it all up. Almost purposely crippling certain areas as to not cannibalize their higher end cameras. Sure, far from perfect, but if it's available for the rumored $2000-$2500 dollar pricepoint, this might be a Canon camera i'm interested in testing out. (I said testing out...)