I'm not at the point where I think I want to produce full 360 VR video content, but I am sold on the idea of 360 cameras being able to reframe a shot in post and choose what you want the viewer to see. To make this post workflow simpler, GoPro is showing off their Mobile App which allows you to edit your GoPro Fusion 360 Camera footage directly from a smartphone.

Being able to achieve this type of editing from a 360 spherical capture is a growing trend amongst 360 camera companies. The new GoPro Fusion Camera is now available for preorder via B&H (here). 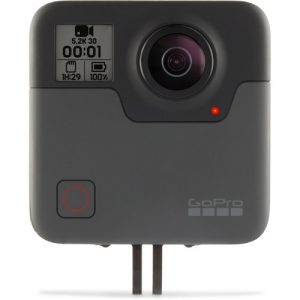