. These strips can be purchased in short length to rolls of 600 LEDs in a single strip. [Thanks Eric]. Another DIY LED light panel project using flexible LED lights can be also be found (here). 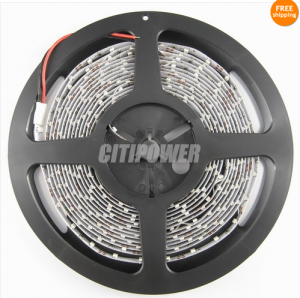 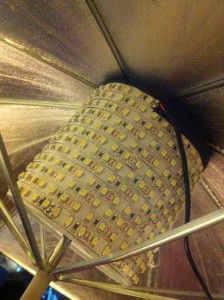 Unlike the DIY LED light panel which would require you to cut LED light strips down to different sizes along with some soldering, Eric used an entire 600 LED roll wrapped around a simple can. The wrapped can mimics a bare bulb by throwing light off the sides. From there he's using a simple umbrella to refocus the light. Below are some images of the light OFF and then ON. 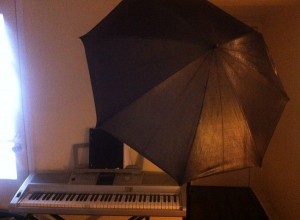 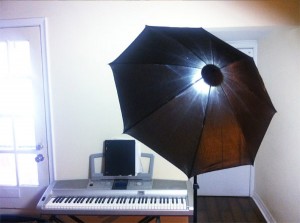 The flexible LED light strips work on simple 12V batteries, and can be found super cheap via eBay (click here).