I wasn't a big fan of the Canon EOS-M mirror-less mainly because it was announced at an $800 dollar price tag. It almost seemed like they were trying to target the more serious photographer. With all the other mirrorless systems available on the market (Sony/Olympus/Panasonic/Fuji/Samsung), the $800 dollar price tag was just too hard to swallow. Needless to say it didn't succeed, and recently there's been a price drop down to $599 which I think is still a bit too high.

(that's cheaper than a Canon point and shoot camera). $399 is probably the price they should have first released this at, and you can check out that current deal via eBay (Click Here) 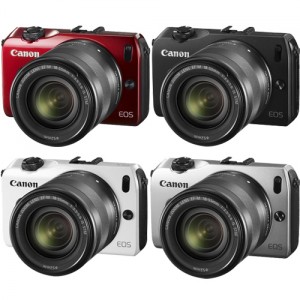