The NAB Show in Las Vegas is where companies show off the latest and greatest products to hit shelves. As far as Drones go, the two top consumer priced quadcopters under $1400 dollars were the DJI Phantom 3 and the new 3DR Solo. I'm pretty sure many of you will be either upgrading or finally purchasing a quadcopter this year, so i'm interested to see what your comments are between these two top picks.

Let's first take a look at some of the features that are found in the new 3DR Solo.

First off let's talk about the GoPro HERO4 interface. Many love flying the DJI Quadcopters, but may not be fans of the built in cameras. Previously when it came to flying a GoPro camera, you didn't have the ability to stream a Live HD Feed and control camera settings (start video, adjust exposure, change framerates and resolutions). The new 3DR Solo is the first quadcopter to properly interface with the GoPro HERO4 serial bus (connection used with an LCD BacPac). That's a huge plus for GoPro fans that are looking for a quadcopter to fly.

Talking to 3DR over at the NAB show, they also seem to have focused more on Auto Pilot features that allow you to program the quadcopter's moves, so that you don't need to be a skilled pilot to repeat shots over and over. The Cable Cam feature is a great example of this. Set your A and B points and the Solo will fly back and forth between points.

Obviously I haven't tested the Solo, but what immediately comes to mind is that you still need the $500-600 dollar GoPro HERO camera. The 3DR Solo also doesn't have the Vision Positioning system found in the Phantom 3 that allows it to fly indoors when there is no GPS signal. I've found that to be extremely handy lately with my DJI Inspire1. Including the 3-Axis Gimbal for the GoPro HERO4, the 3DR Solo lists for just under $1400 (Found Here). 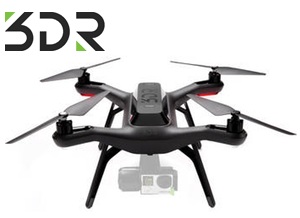 The DJI Phantom 3 now sports a 4K rectilinear camera, 3-axis gimbal, more powerful brushless motors, upgraded GPS antenna, and Live HD Feed up to 1.2 miles much like the DJI Inspire1. Though not the same as the 3DR Solo, the DJI Phantom 3 does offer many AutoPilot features and an SDK to develop on. If cable-cam is a popular feature for the Solo, DJI only needs to roll out a firmware update. The new DJI Phantom 3 with 4K camera starts at just $1250 (found here). 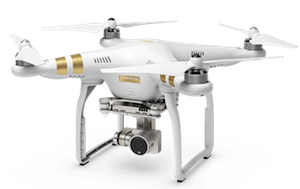