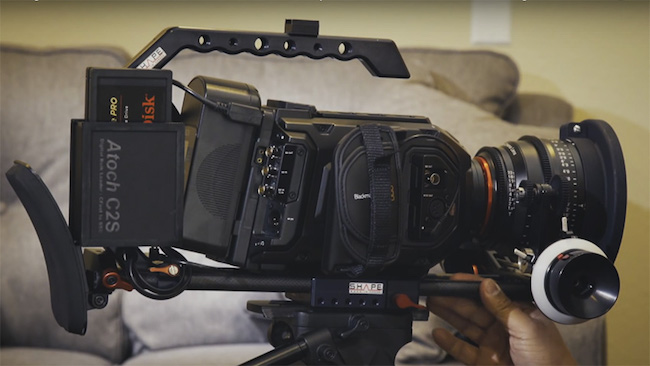 People have been using CFAST to SSD Adapters for the Ursa Mini cameras ever since the beginning, and i've used the ATOCH adapter myself. It sure comes in handy, but what I didn't like was all of the loose cabling and the extra bulk. So whenever possible I just stuck to CFASt cards. It kept my rig light and tight. 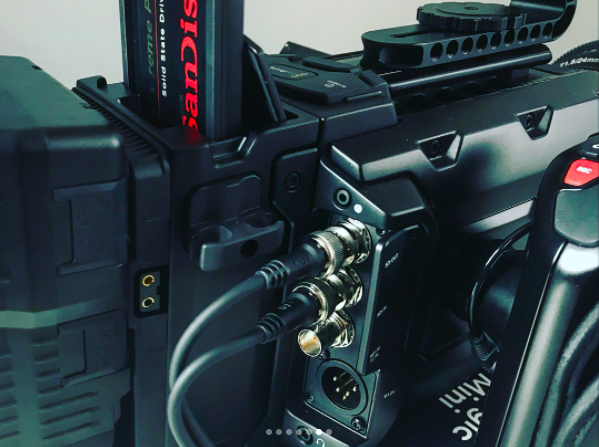 Now BlackMagic Design has introduced their own SSD Recorder (only for Ursa Mini Pro), that connects between the camera and the battery plate. It's much cleaner with only two wires that record from the SDI input and output, but it does have it's caveats. For one, the BM SSD Recorder only works with the 'Pro' version as it records from the SDI. When using the SSD Recorder, you can't connect the camera to an ATEM for live production. With only one SSD drive, it also can't record 4.6K Lossless RAW at 60p (only supported to 30p). 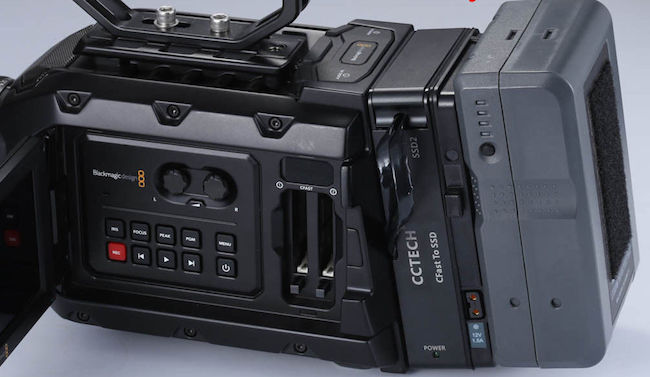 That's what makes this new aftermarket 'DUAL SSD Recorder' very interesting. It works very much the same as other CFAST to SSD adapters, but it's been designed to fit clean behind the battery plate (exactly like Blackmagic's design). The advantage is that because they are still using the CFAST adapters, you can record full RAW, full resolution, and all at the fastest framerates. In fact because this adapter uses (2) SSD Drives, you can even turn on 'Dual Card Mode'! And there's no bias for Ursa Mini Pro cameras, it is backwards compatible to any Ursa Mini camera - and you'll still be able to use the SDI out if you're hooking up to an ATEM.

There's not much to complain about this aftermarket Ursa Mini SSD Recorder except for the fact that you won't be able to close the LCD screen completely with the CFAST cabling running through. But that's about the only con I can think of... 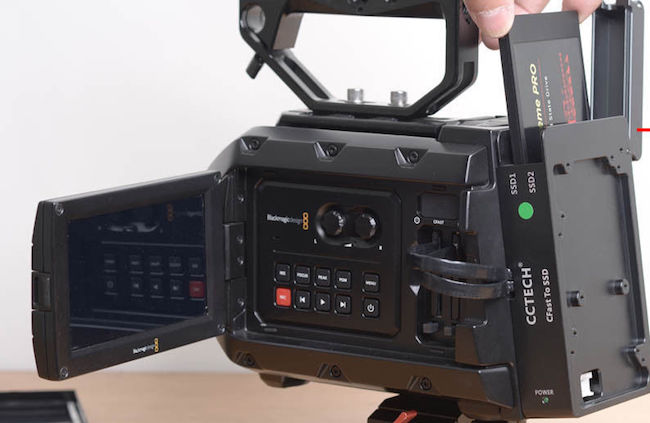 15 thoughts on “Aftermarket SSD Recorder for all Ursa Mini Cameras”