Whenever possible, I find audio the best way to sync up multiple cameras. But there are times when audio is either not clear enough to sync, or perhaps the cameras you are using are shooting video coverage in different rooms. This is where Timecode comes in handy, and it's always a good idea to set this in your camera for a backup solution.

If you merely just laid video clips together on a timeline, you could not account for the period of time each of the cameras were shut off or not recording. When using Timecode to sync, you can at least have all of your video clips laid out in a linear fashion according to when each video clip was shot.

Here's a method on how you can get Timecode in sync with multiple Panasonic GH4 cameras. Using the Image App on your mobile device, you can click over on the GEOTagging option and sync the time of your GH4 to your mobile device. Then you can do the same on every camera.

Timecode set in this manner may not be frame accurate when creating your Multicam clips, but once it's all laid out, you can merely nudge your video clips around to get them synced up perfectly. If you have similar audio between all cameras, you could use the options for both Timecode and Audio sync and that should get you frame by frame accuracy. Just remember to set each camera's framerate exactly the same (i've made that mistake a few times...).

If you need to have frame by frame accuracy Timecode generated between cameras, you'll need to opt for a Timecode Generating device. Probably the most inexpensive one you can get today is the Tentacle Sync (found here). 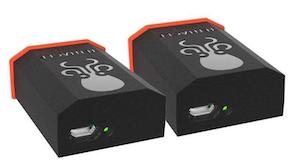 These devices can really help save you a ton of time in post if you're doing long hours of footage and shooting with multiple cameras. But this investment in those same Timecode Generating devices can also be used on some inexpensive audio recorders (i.e. Zoom F4 / Zoom F8) so that you can also throw your recorded audio files into your Multicam Edit.