Keep in mind, that I do design products that are sold through PhotographyandCinema.com, so this entire post might seem biased. Hopefully you'll consider this post to be more informational about the various products out there. Earlier this week, YouTube member NitsanPictures pointed out the differences between the Variable Friction Arms carried by PhotographyandCinema.com and another one he purchased elsewhere.

I have mentioned that the P&C friction arms were different than others a few times through the blog comments, but I don't know if it's fairly obvious to everyone out there. PhotographyandCinema.com does not manufacture these friction arms, but has worked directly with the manufacturer to ensure that small changes were made to improve the overall design. There are other manufacturers making similar friction arms, but lack the toothed joint to prevent slippage. So wherever you make your purchase, be aware of this small design change which is the better ones on the market.

I think these friction arms were wiped out the first day I posted them, and someone mentioned they were out of stock. Appears they are available again for the time being. 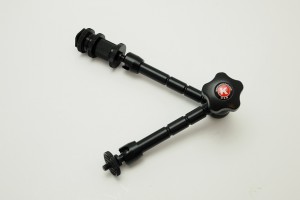 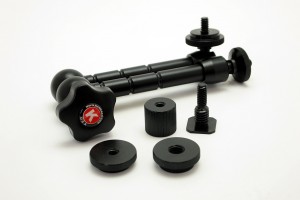