Lucky to have a few talented friends over helping us practice with some of our new #LiveProduction equipment, and trying out best software settings with #OBS. During our tests, there were a lot of things we could (should) have done better, differently, or more efficiently. "Practice is key, don't be afraid to fail, it's all part of the learning process". #LearnByDoing #PracticemakesPerfect . . #livestream #liveswitching #LiveProduction #Atem #AtemHD #Ursa #Ursamini #ursamini46k #ifootage #multicam @dvestore @cameramotionresearch @ifootage_international #blackmagicdesign #Osee @elvinreyes @iamretep @cametv @aputurephoto

(with beauty dish), and an OSEE Monitor (used for multiview).

The official #UrsaMini #Viewfinder is in! Totally worth it for this system. A clean install, no excess wires to deal with, no extra battery to worry about. Has a few buttons for options like Zoom and Peaking. Using the viewfinder also adds more stability when shooting with the @cametv #UrsaMini Shoulder Rig. When you throw this camera on A tripod just flip out the Built in LCD monitor. She's about 90% the way I want her built out. Just a few more pieces... 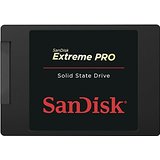