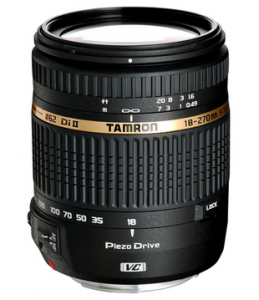 I don't know how Tamron has done it, but they made a great thing even better. There's a 'new' version of the 18-270mm Super Zoom lens. This lens might hold the record of longest zoom in a single lens, and this all includes Image Stabilization or as Tamron puts it VC - Vibration Compensation. I admit Tamron's VC is very very effective and much quieter than most of my Canon IS lenses.

This is a highly recommended lens by me when i'm looking to travel light on vacations. I get the best wide and super duper zoom features in a single lens (NOTE: not for full frame cameras). Below is a snapshot of my 60D with the original version of the Tamron 18-270mm. 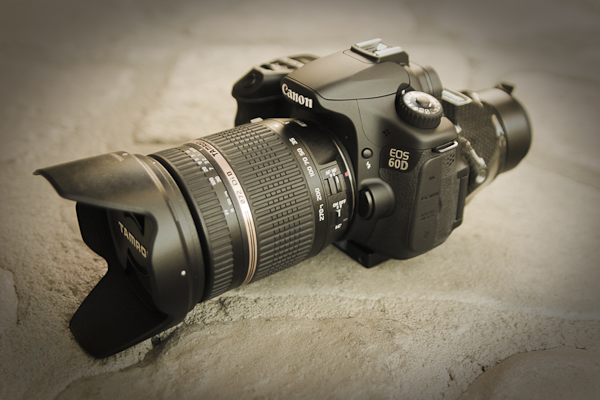 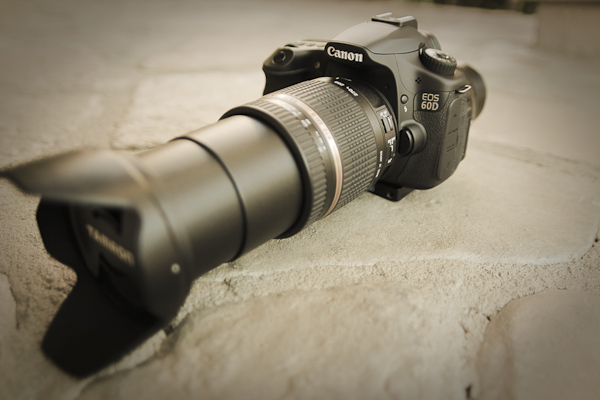 So what's great about the new version? New motors make the lens more silent and faster. Smaller too. Yes, as if they couldn't make a 270mm Lens any smaller, they've managed to cut down the whole package another 24%. Obviously this all translates to being even lighter than the original version too. I know, you're curious about Video quality. I loaned my original version out to a friend and had a hard time getting it back, he loved it so much. Here's a sample video below shot during his trip to China on the 'older' 18-270mm @24fps.

The Video above is a good example of how far this lens zooms out to, so that you can grab a few 'stolen shots' or use it for 'stealthy street photography' without your subjects even knowing. Now you're wondering about Photography. What is the difference in zoom from 18-270mm? Here's two examples I shot in a Museum, one at 18mm on a Canon 7D and the other at 270mm (handheld too - love the VC).

Above: Image shot on Canon 7D at 18mm

Overall this lens won't give you the most incredible shallow DOF as a single Prime lens would, but once you have it in your hands, it's hard to let go. The convenience of carrying a single lens with the amount of zoom range and very effective Image Stabilization makes this one of my favorites. And for the first time, this new lens version is now available in a Sony mount (not just Canon / Nikon).

A co-worker asked me today what would help him minimize the amount of lenses he needs to carry around during his travels. Although I'm a big fan of Canon products, I think Tamron has this area on lock. Personally on my travels, i’m carrying around the Tamron 18-270mm Di II (this is a newer version not to be mistaken with the older version).

It mounts on the Canon 5D Mark II as an EF mount, auto-focus works, but you'll get crazy Vignette on that full frame. This lens will only work properly on cropped cameras. It also can't maintain an aperture throughout, and ends up at F/6.3, but the IS they have will help in slow shutter speeds. Something I don't worry too much about since these cameras are fairly clean with High ISO.

If you want to see a sample Video, the Video below was shot mainly with my Tamron 18-270mm. That's correct, the actual lens that's in my bag was on loan to my buddy Roland as he wandered around China.

Not the sharpest lens in the bag, but hey the Image Stabilization works wonders for both Photo and Video, and runs you only over $620.00 bucks. You can't complain about that type of range for that type of price. This is the Tamron 18-270 Di II lens that i'm using on my Canon 7D.

Below are examples I took while at the Academy of Sciences in Golden Gate park. First shot is wide (there's a butterfly somewhere in the middle) and the second shot is zoomed in at 270mm handheld with their IS on. Click the images for the large version.

Above: Image shot on Canon 7D at 18mm