A question came in about converting MTS files. MTS files can be generated by popular cameras like the Panasonic GH2 or my new Sony HX9. I've tried just about everything, and then I decided to just look into the App Store. Here you'll find a free application called Smart Converter. This thing not only rocks because it's completely free, but it's lightning fast. A 30 second MTS clip can be converted in literally 1 second. Yeah that's fast. Only problem is that you need to grab it from the Apple App Store, no program installations (for older MAC OS without App Store).

Not only is this good for MTS file conversion, but pretty much everything else you throw at it too. It maintained my Sony DSC-HX9 footage with no visible compression or significant change in file size. You can also use it to convert Audio files too. I had to use this to hand off some MTS files to a friend who edits in Final Cut Pro. Come to think of it, since I don't edit in Final Cut Pro, I haven't tried this on Canon DSLR files. I'll have to try that out in a bit, might work great too. Find it below. 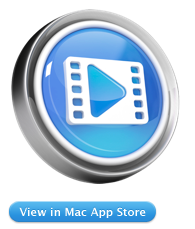