It's official. The Panasonic G3 cameras are out (on Amazon at least). I feel like most people are waiting for something better, but if you've been eyeballing one of Panny's latest digi-cams to be released this summer, check it out. (Not to be confused with the awaited GF3 which should be released in the next month or so) 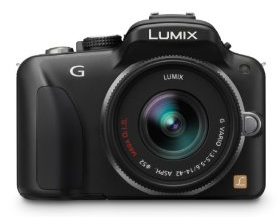