Mark my words, 2018 is going to be all about RGB (multicolor) LED Video lighting. On this topic, here's an overview of a new set of portable RGBAW LED lights from Luxli called 'CELLO'. The CELLO is a new 10" light, and somewhat similar to the 5" VIOLA. If you haven't already seen my earlier video review on the VIOLA, you can see that video (here).

While similar to the original VIOLA, the CELLO LED has a new feature for choosing Colored Gels through it's menu (or through smartphone app). This feature adds a new dimension for being able to select a very particular RGB color, and also being able to repeat the choice in the future. Most other RGB Lights have very basic controls for RGB, and not quite as refined as Luxli has done with all of their products.

While I haven't done any testing on output, these 10" RGBAW LED Lights put out a good amount of power. Luxli rates this as 24W from this 176 LED panel. Below i've embedded a BTS clip where we used (2) Cello LEDs on one side of this truck, and (2) Viola LEDs placed under the truck. These small lights were more than enough to accent this large vehicle. In the final video, we used a 1x1 Luxli Timpani panel light only to to hit the back wall.

You are able to control most of the features directly from the CELLO light itself, but there are more functions available when using the iOS App. Here you can control lights individually, and also in a group. Other FX features become available such as strobing and cycling of different hues. One example I have used this feature on is to simulate a television screen. And regardless what color you choose, or how much you dim the light, they remain flicker free at the shutter speeds I have done up to 240fps.

Overall these lights have completely replaced the workflow I would have to do working with sets of colored GEL sheets. Not only speeds up production, but also keeps things neat and tidy. All of the Luxli LED lights I have used feel very durable, and I highly recommend them if you're looking to start working with more color on your projects. 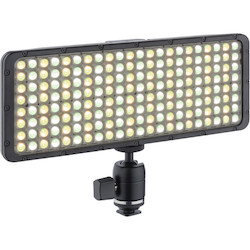 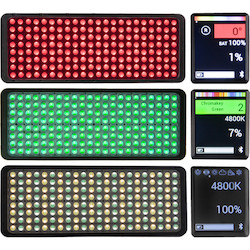