DJI has announced two new gimbal ready 4K cameras that can be used on existing Inspire1 quadcopters. Unlike the original 4K camera, the X5 and X5R are new 4K Micro Four Third (MFT) interchangeable lens cameras. Even though it appears to be a standard MFT mount, only a few lenses have been announced to be truly compatible. The main difference between the two cameras is that the X5R is capable of shooting 4K RAW.

While I'm already quite happy with the results of the existing Inspire1 camera, the new X5 and X5R are incredibly impressive. DJI has really raised the bar for other companies to follow. Unfortunately the announced pricing is $2199 (X5) and $4999 I feel will keep many from upgrading. But keep in mind DJI has been known to inflate prices when new products are announced, and typically is much less when it finally becomes available. Let's hope they do the same with these new cameras. For more information visit the product pages below. 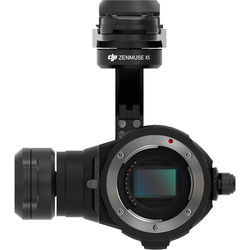 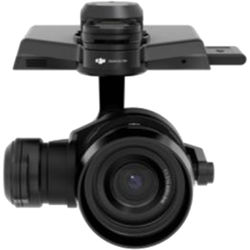 Or you can buy the complete kit with Inspire1 Quadcopter. The new Inspire1 'Pro' comes with the new Zenmuse X5 gimbal for just $4999.

Although I haven't even had the time to learn everything about the new DJI Inspire 1 Quadcopter, I was at least able to get it off the ground and flying. It's a bit frustrating that they don't sell spare batteries (yet) as I only get around 18 minutes of flight before having to recharge the battery. So even though i've had the multicopter for a few days, I probably logged less than an hour and most of it is playing with the menu.

Keep in mind i'm not a very skilled pilot and there are some instances in the footage below where i'm trying to steer the copter. The Inspire 1 is actually a very very stable system. Here's a few minutes of 4K footage I shot recently on the new DJI Inspire 1 Quadcopter.

Make sure to switch to 4K resolution in the player and maybe even go full screen..

The images may be a bit underexposed or flat, but I wanted to pull down the highlights and in some cases bring up the shadows to see how much information I could retain. At around 2:45 in the video I'm shooting straight into the sun and was still able to retain color in the sky without completely losing the beach below. I still have a lot to learn and hopefully get better results but with the single battery it's taking a lot longer to practice. More to come.