designed specifically for the GoPro Hero cameras. The directions are a little weird, but I got through the user manual and was able to get it off the ground in less than an hour. The Phantom is Ready-To-Fly with no setup required except for a few AA batteries in the remote. Once you place the battery into the Phantom you go through a series of system calibrations and then off you go. Though many will not consider this a professional Quadcopter - THIS IS STILL NOT A TOY.

I've already modified a special mount for the Sony RX100 Camera because it has better video quality than the GoPro and built in Image Stabilization. I basically took an old GoPro mount and modified it with a little hacksaw. It fits natively to the Phantom, and the right angle mounts under the RX100 (upside down). The camera is short enough so that it doesn't touch the ground as the Phantom lands. 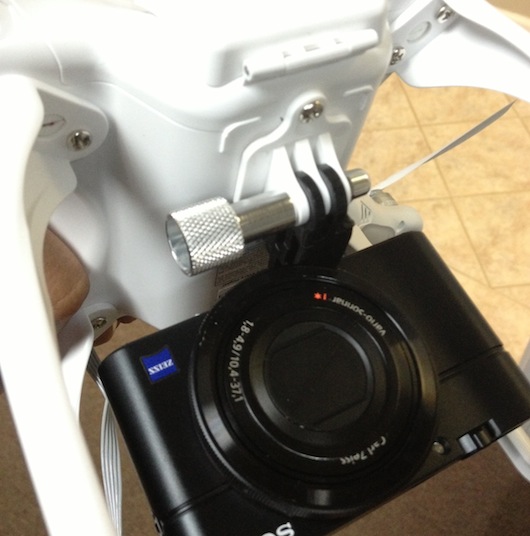 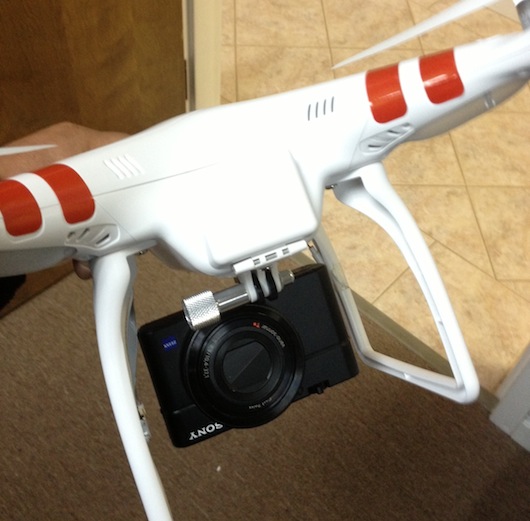 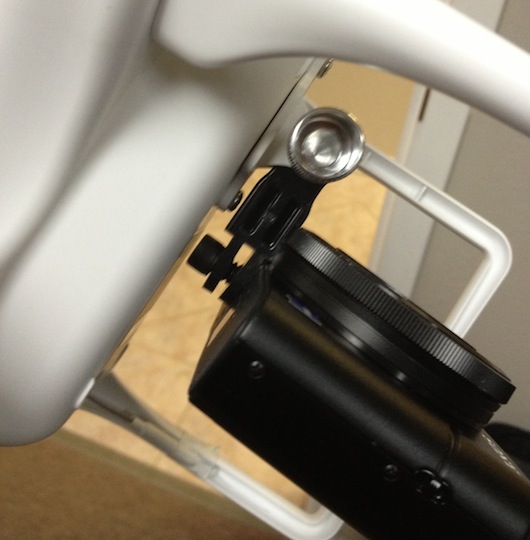 The test flight was a success and the Phantom has no issues carrying the Sony RX100. It's dark right now so I don't have anything worth showing, but tomorrow i'll try to give her a test flight in an open field and share some of that footage. You can find the DJI Phantom Quadcopter 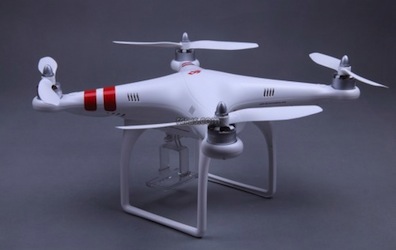 If you're lucky and they are still in stock, the DJI Phantom Quadcopter Ready-to-Fly kits are also available via Amazon (click here) 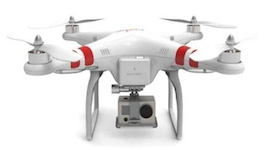