. So far there really hasn't been much complaint over the actual build quality, as they are using the same aluminum housings as the 'As Arri' light kits (seen here) with a high power LED inside. Others have already confirmed these are not equivalent to 1000w, nor is it an actual Fresnel light (no proper glass element), but Mike thinks it's still a great solution for a bright low power / low temp light source. [Thanks Mike]

With most artificial light sources there will often be a green color cast, but can be corrected with a minus green (magenta) filter. The benefit to LED lighting is the ability to plug several at any location without blowing out circuit breakers and generating too much heat in the environment. You can also use low temp colored Gels (cheaper stuff) over the LED lights without the worry of it melting. Something you really need to think about if you're trying to use a few hot Tungsten or Halogen type lights. You can find this exact lighting kit, and other LED Fresnels via eBay (click here). 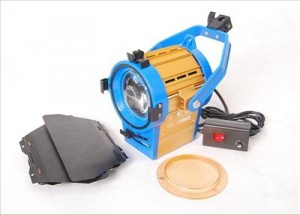 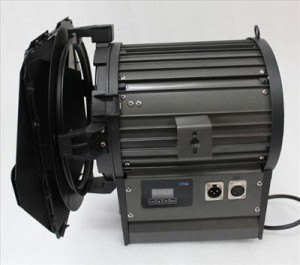