for controlling and configuring Basecam Control boards has been available for a while, but something not highly discussed is that the Varavon Birdycam Stabilizer actually ships with a BT module. This was not heavily advertised since the Android Apps (at the time) may not have been stable due to the latest firmware that was installed on the Birdycam2. Today I decided to test things out, and I have to say it's working quite well.

Anyone who has worked with the computer version of the SBGC app will feel at home on the Android App version. The wireless joystick app is perfect for dual operator mode (or when operating the gimbal mounted to a Crane/Jib) without having to invest in expensive RC Transmitters. Keep in mind that this is not limited to just the Varavon Birdycam. 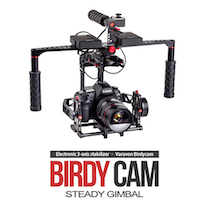 The bluetooth module can be purchased separately and installed with any gimbal Alexmos boards such as the ones in the inexpensive CAME-TV 7000 3 Axis Gimbal. 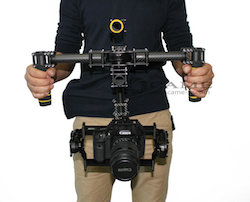 All you'll need is the Bluetooth module which can be found for around $16 US dollars (found here).