Strolling through WPPI 2015 in Las Vegas this week, I happened upon a fellow named Paul who was demonstrating an unusual little product called the Sound Shark. The Sound Shark is a mini Parabolic Dish that works with a small Lavalier microphone and designed to improve audio capture from a distance as well as reject unwanted sounds from the rear and sides. 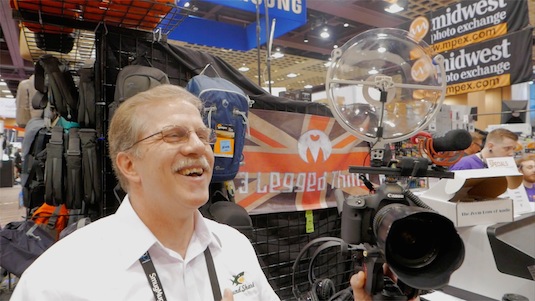 According to their website, the Sound Shark is based on the same technology that television networks have used to pick up the on-field sounds of professional sports for many years. Klover Products (parent company), made the parabolic microphones used at the 2014 Super Bowl and the 2014 World Series. So I guess they have some credit to back up claims of what this new product is supposed to be able to do. 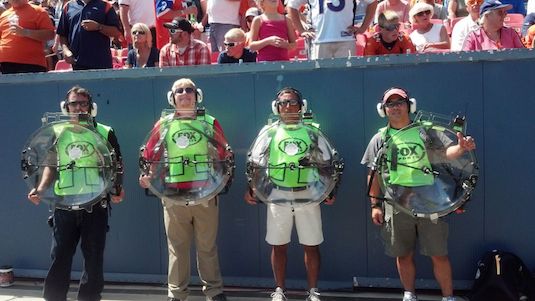 You'll probably notice Parabolic microphones used heavily in sports. There's typically that guy on the side of a Boxing Ring or on the Side Lines of a Football Game. One claim they have is that the Sound Shark can reject sounds and pick up distant sounds better than a shotgun microphone.

While the examples seen through the photos show it mounted to a camera, it can also be paired up directly with an audio recorder or even mounted on a Boom Pole. It certainly seems like an interesting product that could aid capturing better audio for run-gun shooters covering events or sports, or to ensure you're getting the best possible scratch audio to sync multicams up in post. Hopefully there will be a point to where I can test it myself. 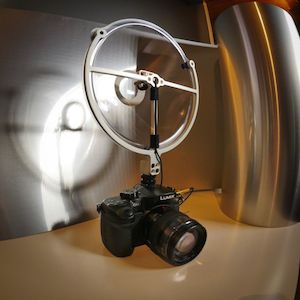 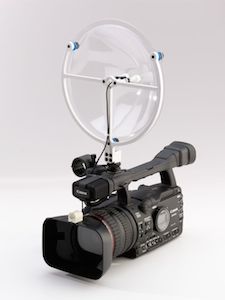