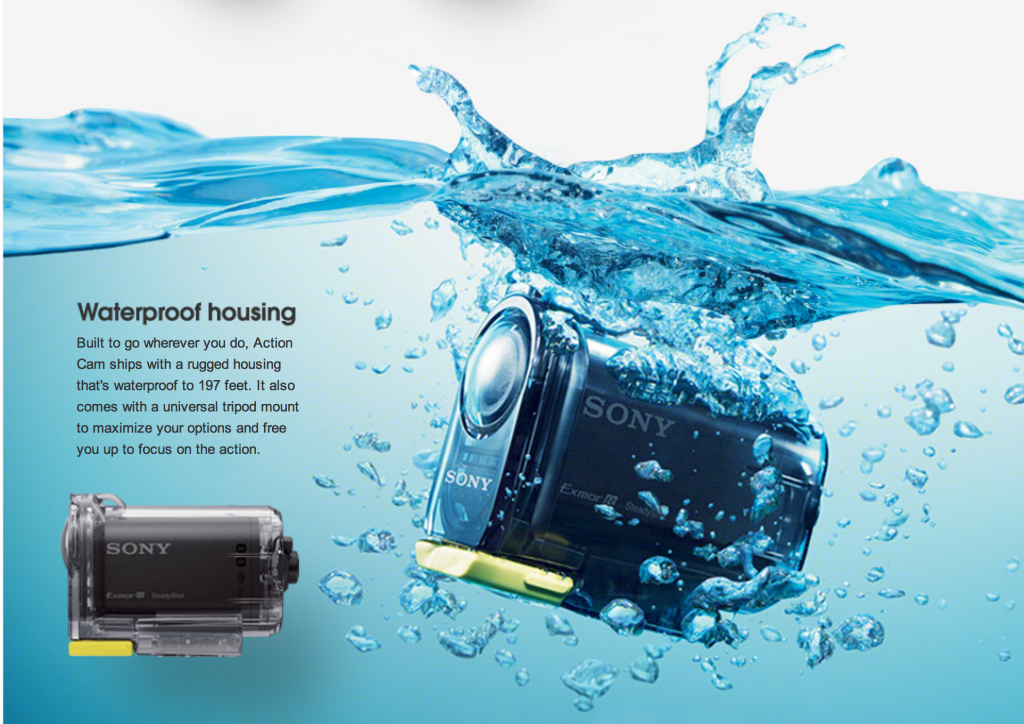 The GoPro is awesome, and the HD Hero 2 improves further on it's video quality. GoPro has pretty much been dominating the wearable sports camera market for some time, but what do you think about Sony's new Action Cam announced today?

From the long list of features and specs of Sony's new Action Cam, there's not a doubt it could steal quite a bit of thunder from GoPro with features like Image Stabilization. Price is way more affordable and it will come with basic accessories like a basic tripod mount / quick release plate (I had to buy separately for my GoPro).

Another cool feature on the Sony Action Cam will be their wireless remote apps for both Android and iOS, while GoPro is still lagging on getting their Wi-Fi remote software out to the public. Check out the video for more specs on the new Action Cam.