So you've got the brand new fancy Sony DMC-RX10 MarkII capable of 4K internal video, SLOG profiles, and high frame rates. How do you step it up a bit? Well how about throwing on the SLR Magic Anamorphot Lens Adapter for some Anamorphic fun?

I've had this adapter laying around for quite some time, but even with it's built in diopter it was tricky to use with the GH4. Finding the right combination of lenses and pulling focus made it just too cumbersome and slow to use. But with the Sony RX10 Mark II, the SLR Magic Anamorphot Lens Adapter just works fairly seamlessly. Pulling focus is done by just using the manual focus ring around the RX10 built-in Lens.

Here's a few more random examples of the SLR Magic Anamorphic Lens Adapter mounted to the Sony RX10 MarkII shot in my backyard at 1080p at 120fps.

My earlier tests at mainly F/4 were still a bit soft, but I know the camera and lens combination is capable of better. So I decided to go back out and stop down the aperture to F/5 - F/5.6. I also changed to the 4K resolution. Here's an example of the Sony RX10 Mark II with the SLR Magic 1.33x Anamorphot Lens Adapter shooting in SLOG, De-Squeezing the video, and then adding a generic LUT. Still nothing interesting to shoot, but I think the images are sharper so I'll know what settings to use when i'm ready for a project.

While this may not be the best Anamorphic setup, it's certainly affordable and offers great results with minimal effort. This combination would be a good start for those who want to start experimenting with anamorphic, and remember the RX10 MKII is capable of shooting in 4K.

Keep in mind that my adapter is the older 1.33x anamorphic, but SLR Magic has recently released a 2x Anamorphic Adapter which will give you even greater Anamorphic perspective and qualities. The Sony RX10 Mark II is the easiest camera I have used with this adapter, and that 2x is certainly next on my list. 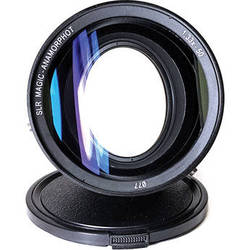 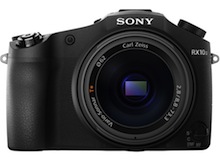