right? It sure could be, but guess what - it's not Manfrotto. On sale right now this QR adapter sells for about 40% of the Manfrotto price. The specs over at the Calumet website doesn't state anything about being Manfrotto compatible or as a Manfrotto replacement part. I called the store and they weren't even sure if it was.

I don't know why they don't state it anywhere on the specs of the product, but it does look to be the exact same QR adapter and Plate design. The question I had was 'Is it really compatible?'. So I just put this quick release through the tests and it sure is compatible in every means. If you're looking for a QR adapter for all your Glidecam, Flycam, Sliders, or Jibs, it's a bonus that this inexpensive one is Manfrotto compatible. Right now it's on sale and there's only a limited supply in every store. If you were wondering too, here's the answer.. 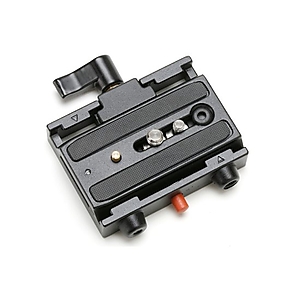 If you're just in need of the plate itself, they have that available too (again not stating Manfrotto Compatible) 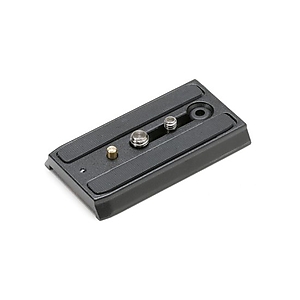 36 thoughts on “Quick release Adapter – It is Compatible with Manfrotto”