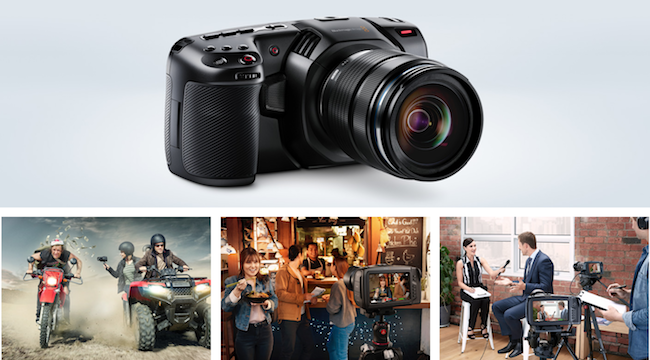 Undoubtedly one of the hottest topics at NAB2018, Blackmagic Design has finally released a new version of the Pocket Cinema Camera. It's a significant size different when compared to to the original, but it solves many of the issues of the previous design. The body now offers external buttons and dials that give you fast access to the most important functions. 13 stops of Dynamic Range and better low light performance with it's dual native ISO up to 25,600. 4K up to 60 frames RAW, and 120fps in HD (windowed).

Images capture on the new Pocket Cinema 4K camera can be recorded to SDXC, CFast 2.0, or for longer recording times, you can also record directly to an external SSD or flash disk using the built in USB-C Expansion Port. 5 inch touchscreen makes it easy to frame shots, focus accurately and change camera settings. Built-in microphones, mini XLR input with Phantom Power, full sized HDMI, 3D LUT support. BTW, not only can you install a LUT for monitoring, but you have the option to 'bake in' a LUT during your recording.

Although i'm not a fan that they chose to use a Canon LP-E6 battery, the USB-C Expansion Port accepts power so you can charge the battery from portable battery packs, a mobile phone charger or even your laptop computer. The Blackmagic Pocket Cinema Camera 4K includes a full version of DaVinci Resolve Studio ($299 value), which is a complete post production solution.

I don't see it being a replacement of my Panasonic GH5 or GH5s, but there is no doubt in my mind this camera will literally fly off the shelves. The original BMD 1080p Pocket Cinema (seen here) is still being used today. The new 4K Pocket Cinema camera is ridiculously inexpensive for the features and quality it offers. Preorders are available for the new Blackmagic Design Pocket Cinema Camera 4K. 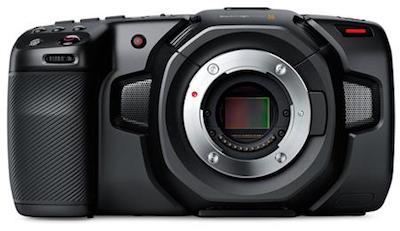 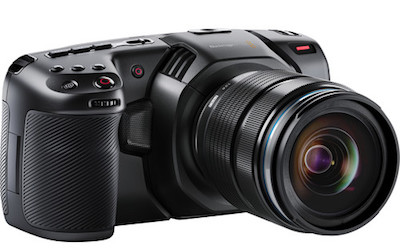