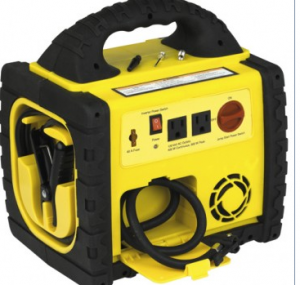 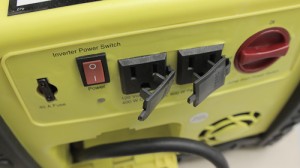 I tested it out with my 183 LED Video light that's powered via 12V DC. I'll be making connectors for the two cigarette lighter sockets that comes standard with this battery. These cigarette lighter sockets provide a direct 12V DC with a 40 amp fuse which should be plenty of throughput to power the LED panels. If some of you are building out stacks of Z96 LED Light panels, this also should work fine. Well it was $99 bucks when I grabbed it, but it's on sale right now for $79. Shipping to my zip code added in another $11 bucks, but still not a bad deal for anyone looking for a great 12V DC power source. 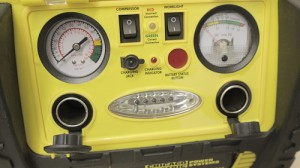 Since 'some' of the 500 LED Video light panels are also powered via 12V DC, i'll be looking into modifying the power cables to go directly instead of using the built in Inverter. This would be a more efficient way of powering up my large 500 LED Video panels and would bypass that Inverter fan that kicks on. Remember, only 'some' of the LED Video panels are setup to accept 12V DC. Especially the ones that offer the V-Mount battery option. If you're looking for the right ones, you gotta get the ones with the Dimmer knob and XLR power cable. 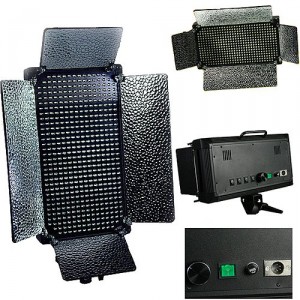 Can also be found here via Amazon:

For those looking for something a little more portable, I've been watching these so called 'super batteries'. I'm curious if anyone has had any experience with these? Rechargeable (claimed) Li-Ion batteries with different power ratings, all 12V DC + Charger. Very inexpensive batteries which should power up those little LCD's, portable HDMI LCD monitors, On camera LED lights, and then some... 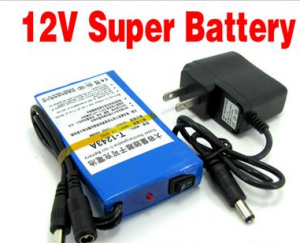