Nikon has announced an updated model in their mirrorless lineup. Still highly targeted towards photographers looking for a serious interchangeable lens compact, they have added a few improvements in HD Video. 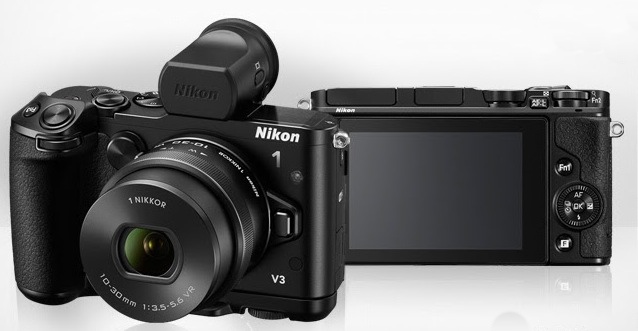 There is quite a bit going on with the new announcement of the Nikon V1 V3 compact Mirrorless Digital Camera, that i'll let the video below explain the details and highlights.

The video moves quick, but if i'm understanding this correctly a few highlights are that the new Nikon 1 V3 captures HD Video at 60fps, and 120fps in 720 for slow motion. While recording video, you can still capture full resolution images without interrupting your video recording. The camera uses a type of in-camera stabilization during video recording when using non Nikon lenses.

For stills auto focus speeds are improved, and you can get 20fps burst with Auto Focus and up to 60fps without AF. two new lenses announced are the NIKKOR VA-10-30 (27-81mm equivalent) and NIKKOR VR 70-300 f/4.5-5.6 lens (with a massive 189mm–810mm equivalent). Definitely not a camera targeted for specifically for filmmaking or cinema, but sounds like a great travel companion especially if you're perhaps into sports or wildlife.