We've been using the pocketable Zoom H1 (and now H1n) as belt clip audio recorders for years. Simply attach a lav mic and a belt clip, you're good to go. It's a good option for capturing clear sound when you don't want to deal with wireless drop outs or interference from wireless mic systems.

If you have the money, the other option for a tiny belt clip audio recorder was the Tascam DR-10.

But after years of waiting, Zoom is finally releasing a new F1 Field Recorder complete with a belt clip. But aside from using it on the hip of your talent, the F1 can also be used as a self powered Shotgun Microphone with a shock mount to use as an on-camera shotgun mic. 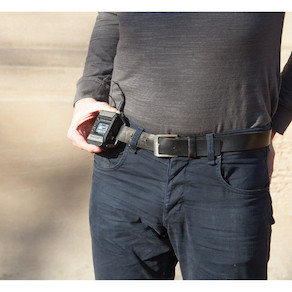 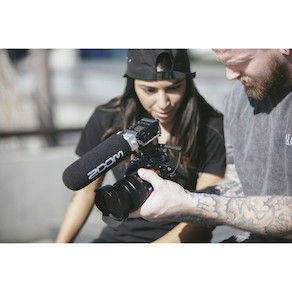 The versatility of the new F1 recorder is something we've been waiting on for years, but the main issue manufacturers were not able to deliver this sooner was legal patent issues. There was in fact a few products announced that never made it onto store shelves (or only sold in specific countries). Let's hope the new F1 field recorder doesn't end up having the same problems.

Zoom has always had an excellent reputation for low noise sound recording, so using the F1 field recorder on your camera is like adding a small pre-amp to power up the shotgun microphone (internal camera amps are typically not that great). But aside from just sending sound directly into your camera, it's also making a backup recording to an internal card. And of course if your talent is going to be at a distance, you switch it from an on-cam shotgun mic to a lav belt pack recorder. I could see this in my gear bag for sure.

The new F1 is available to pre-order (here). 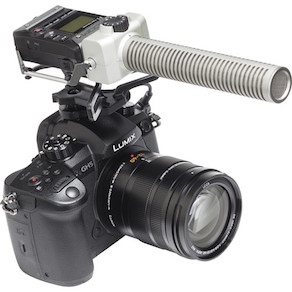 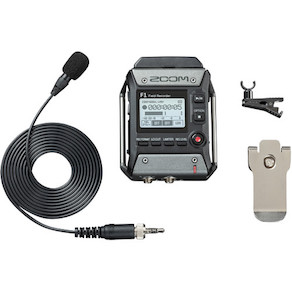