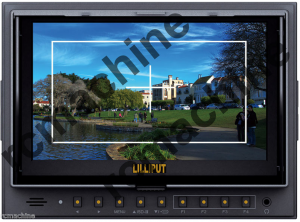 . This new LCD from Lilliput claims to have better support for the Canon 5D Mark II resolution. In fact, the model for the LCD is actually called the '5D-II' (without HDMI out) or '5D-II/O' (with HDMI pass through). The LCD with sunshade folded down is a slim 31mm. [Thanks Aries] 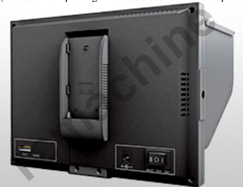 Resolution is 1024x600 for 16:9 widescreen support. With the special 5D-II feature turned on, the display should go to full screen utilizing the entire 7" screen minus grey bars, and no video black out or delay when starting and stopping Video Recording. Seems like it's designed to handle the resolution drop to 480 output which sounds like it could work well with every other Canon camera that does the same (minus 7D). Hopefully it's a better screen than previous models, but no peaking, focus assist, or false color exposure stuff, pretty standard outside of the 5D-II feature. The rest of the information following the link (click here).