Today GoPro announced their latest HERO5 camera, HERO5 Session camera, and a new online Cloud service to upload all of your GoPro footage for easy editing and sharing to social networks. The biggest improvements on the new HERO5 Black is voice control, automatic uploading to new Cloud Service (over wifi), Image Stabilization, and a complete waterproof build so you no longer need to fuss with a separate housing.

GoPro also released more information about their much anticipated 'Karma System' which is both a Drone and Modular Gimbal Stabilizer. The gimbal can be used handheld or mounted (i.e. helmet, body harness, bike, etc). The same gimbal is also used to stabilize your GoPro HERO5 when flying on the Karma Drone. The Karma Drone design is fairly compact through a folding design and comes with a game style controller with integrated screen (no iphone or tablet needed). The live view image can be streamed to a second operator who also has the option to control the camera - dual operator style. 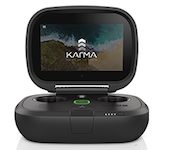 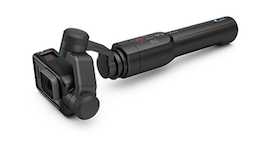 GoPro Karma is Out There - Experience Now