Anyone remember these shoulder rig camera stabilizers that have an adjustable chest support? Despite how cheap they feel, they work great for stabilizing shots. And they're less than $20 bucks! 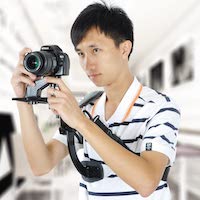 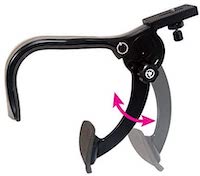 But the main thing I hated about those stabilizers was that you couldn't just throw your rig back onto a tripod for a static shot. It's just not designed to work that way. I'm a big fan of a shoulder rig with chest support, it makes a huge difference keeping the camera from falling forward - and you won't need rear counterweights that just add excessive weight to your rig. So I decided to grab one of Sony's old camera stabilizers made for cameras like the EX1.

Now if you're looking at the OEM Sony Camcorder Shoulder Support (as seen here), you'll see they run upwards of $480 dollars+. Instead, you want to look at an aftermarket version will runs just over $100 dollars (which I have), and the quality is pretty much the same. 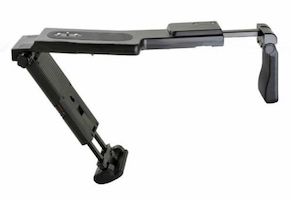 The moment I received the shoulder stabilizer, I removed all the VCT mounts underneath, and just attached a manfrotto 501 plate. The front VCT QR plate can also be removed, and after stripping it down, I used this plate to attach rosette handles (had to drill two holes for the clamp). So not very much modification needed to have a functional shoulder rig stabilizer that easily sits back on to a tripod! It's worked so well, i'll probably be picking up one more for my Pocket Cinema Camera rig.