I recently had the chance to test a few new LED Video lights. The new BladeLight from FloLight is not your common square LED panel that often works through an array of small (fixed lens) LED bulbs. The BladeLight uses high power COB LEDs packed densely into a single long linear (single) strip. Without any lenses over these COB LEDs, the BladeLight throws at a wide 120 degree beam covering a very broad area in just a short distance. But just in case you wanted your light to throw further or narrow the beam, there is a lens that can be added over the strip of LEDs to focus it to a narrow 60 or even 20 degree beam while feathering out at the edges. Here's a video overview of an early set I was able to test from the FloLight company.

If you're a fan of the efficiency and durability of LED lighting, but missed the long wide soft spread of CFL (kino-ish) Panel lights, these new BladeLights could be something to keep in your radar. The option to add a lens is probably what makes this light most unique along with very functional barndoors to cut (flag) the light for even more creative control. They will also be available in Full Daylight, Full Tungsten, Green LED (to enhance Green Screen use), and eventually a Bi-Color version. 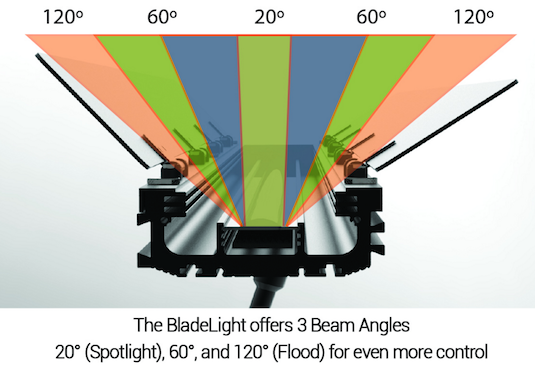 Right now the BladeLights come in an 18" and 36" inch model, but the all Aluminum housing is robust enough so that several lights can be stacked together either horizontally or vertically if you needed it to be longer or larger. The housing allows you to add the focus lens, or a few filters to modify color or diffusion. With the high power LEDs, you can still clip an additional diffusion sheet to the barn doors to soften the light and to create a larger light source without sacrificing too much output.

(TIP: wax paper or parchment paper used for baking are inexpensive, can be found at any grocery store, and work well for diffusing light in a pinch).

Keep in mind the lights i've tested may be a slightly earlier model but should be close to the final production version. They final models are available now and so for the most updated information and availability about the new FloLight Bladelight, visit the product page (found here). 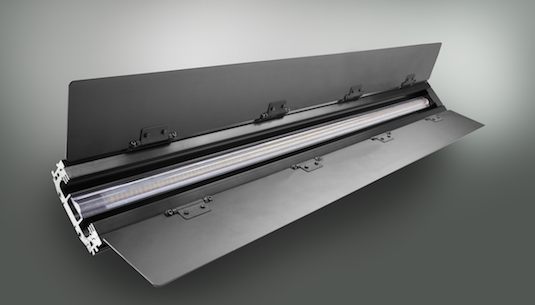