As amazing as this little camera is, it's annoying that the BlackMagic Pocket Cinema Camera requires extra juice just to make it run for more than 40 minutes. I tried the Switronix Pocketbase (seen here) which works, but I personally grew tired of the form factor, and how it blocks access to the SD Card (battery door) so I decided to DIY my own adapter.

The BMPC DC input uses a 12V power source, so i've decided to use a 12V battery plate

that i've just added the proper 2.5mm OD x 0.7mm ID barrel adapter tip to. It's hardly DIY since all you have to do is cut off the tip and replace it with the proper sized DC Plug.

These battery plates will take a certain battery and step the voltage up to 12V. I've even tested the guts against a Sony 7.4V battery, and it works great, but decided to go back to the original battery plate because of it's slim profile. If you dig hard enough you can find many of these battery plates online dedicated for common Canon LP-E6, or Sony L Series / NP-F Type batteries.

You can see how handy it is to have a cage for mounting accessories on the BMPCC. I could either keep the battery off to the side, or relocate it to the rails with a clamp. There are many great cages on the market, but in the video i'm using the Shape Cage for the BlackMagic Pocket Cinema Camera. 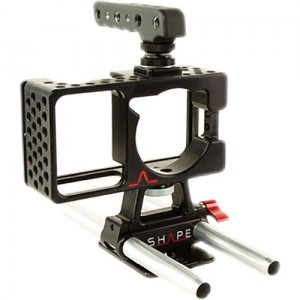 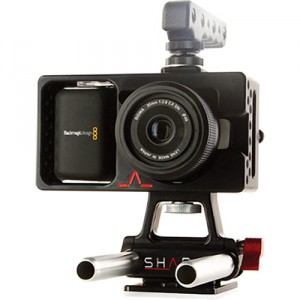 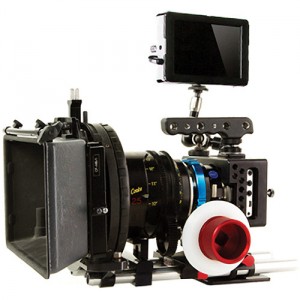 If you stuck with the Canon BP battery plate + Canon BP battery + DC Plug, I would say this entire DIY project will run $50 dollars or less and take you less than 5 minutes (yes that total cost even includes the battery). It's much cheaper than other off the shelf products in retail stores right now to power the BMPCC, and I find it to be a clean and simple solution.

typically used in the older GL2 camcorders. Eventually i'll track down a cheap Canon LP-E6 battery plate or Sony L Series plate and use these guts to step it up to 12V. Here's my current parts list below if you want to tackle this for yourself. 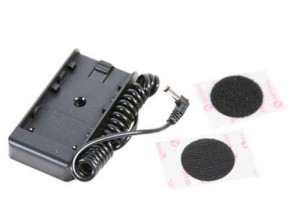 If you're looking to DIY your own power cable for the Pocket Cinema Camera, the specs for the power plug from BlackMagic Design are 2.5mm OD x 0.7mm ID which you can find on eBay. To keep things small (unlike my current adapter), I suggest going for the right angle tips (found here).