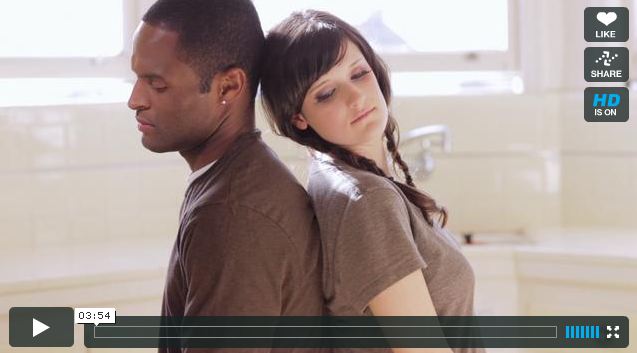 Music video shot on (2) Canon 5D Mark II's. Here's the final version of a project I was invited to hang out with. A friend of mine told me they had plans to shoot a music video (all DSLR) at a San Francisco residence, so he invited me to check it out and bring some of my gear. This music video was for the artist 'Sherlock Tones' on a song featuring Terra Rothman titled 'Distant Strangers'.

The fairly large crew on set were kind enough to let me shoot along side as 'Camera B', with my Canon 5D Mark II and I was able to provide a few nice lenses that ended up being used quite frequently. Lenses used were primarily the Canon 100mm Macro IS F/2.8 (my new one), 85mm F/1.2, Canon 50mm F/1.4, and I believe Canon 24mm was on hand. There was a RedRock EyeSpy deluxe with Follow Focus on hand, but many of the shots were handheld or Tripod, and also the $99 slider played a very small role. You can catch some of the BTS footage shot by Warren during the music video shoot, and all cast and crew credit information can be found at this Vimeo link.

Thanks to all the guys who let me hang out. Hopefully I wasn't too much in the way of all the production, and helped contribute a little something to a very awesome shoot!