If you follow this blog, you'll know how obsessed I am with using my Rokinon Fisheye lens as an Ultra Wide Angle on the GH4 (or BMPCC). I'm not a big fan of the warped spherical distortion of a fisheye, so I like to correct the distortion by using a Plugin by FCPEffects. This video below was shot with a GH4 + Rokinon 7.5mm Fisheye Lens, but you'll notice how the distortion had been removed and it looks like an Ultra Wide Angle Lens.

Right now you can get this same plugin (and many many others) on a #CyberMonday Deal using the following promo codes. 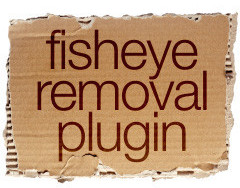 TIPS: Correcting the fisheye distortion works better on the GH4 as I tend to shoot in 4K and export to 1080p. This allows me to make changes to the image while still maintaining a very high resolution. Now that the new GoPro HERO4 is also offering up 4K video, i'm using this plugin twice as much.

If you want to remove a lot of distortion, instead of increasing the value, try stacking the plugin more than once. You'll get straighter lines over a single instance with higher values. 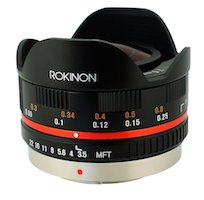