I've managed to collect a few cold shoe adapters over time, but one of the less popular ones are the type that can run a bolt over the top, allowing for a male threaded mount. These are especially handy with the Blackmagic Cinema Cameras which are built for mounting accessories directly to the camera body.

If you're looking for a simple cold shoe to mount a Microphone or LED Light to the top of a BMPCC/BMCC, here's a couple of solid metal adapters that i've run into. The first is the more affordable version via eBay (found here). 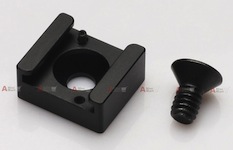 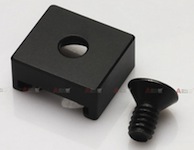 The next version offers the same mounting (over the top), but has added a nice firm pad under the adapter for a more secure non-rotating base. It's also shown mounted to a BlackMagic Design Cinema Camera. 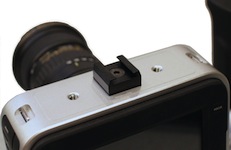 [NOTE] I shot this video in 4K on the GH4 and dropped it into a 1080p time line. You'll notice i'm 'punching in' to certain areas of the frame. I wanted to test the extra resolution to simulate a second camera of sorts. It still maintains full 1080p resolution even though i'm zoomed in on sections of the video. Just another benefit to having the 4K resolution even if you're not actually publishing 4K content.