Can you believe? I think it was about 7-8 months ago when I posted an article about some of Sony's new cameras to be released. One of them was the Sony NEX-7 and it's finally just available on Amazon for the first time (at regular MSRP). Right now there's only one seller who has a few of the Body Only and Body + Kit Lens available.

It's been an amazing little camera and i'm still finding new things with it everyday. For instance, nobody talks about the fact that it has a built in Digital Zoom (like T3i). I can take a 35mm F/1.4 prime and make it a 70mm F/1.4 prime. Actually it can do up to 10x making it a 350mm F/1.4, but i'll have to do some tests to see what's still acceptable - At 10x you'll likely just see a bunch of blocks. The 10fps burst mode is just plain awesome and you'll never miss an action shot.

The EVF with Focus Peaking (red lines around sharp areas) will ensure you're getting focused images even if you're working with old manual lenses. I've adapted Canon EOS, Nikon, and Canon FD lenses for cheap. Yes it has a microphone input too. Unlike Canon it does offer 1080p @60fps. They are starting to trickle in, but with the long demand, they won't last long. Check out the first Sony NEX-7 cameras available on Amazon (click here). 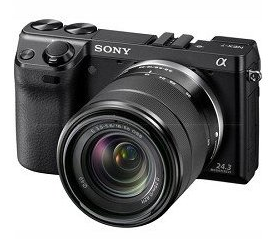 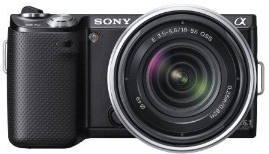