Today the new Canon EOS 7D Mark II DSLR arrived at the office via B&H for a field test. For shooters looking for the 'Best Bang for the Buck' the Canon DSLRs lack many desirable features compared to the GH4 or Sony A7s, but many people will still agree the Canon DSLR color profiles are hard to beat which makes it difficult to move away from.

Yes, there are thousands of people staying busy shooting on Canon DSLRs. For wedding and music videos the 60p slo-mo feature is a must have, but to get that Canon shooters have been stuck with just 720 resolution. The only reason the new Canon 7D Mark II is so interesting today for these shooters is because they finally have the option of true 1080p 60fps. For shooters looking to stay with the Canon color profiles and workflow, the only Canon DSLR(ish) camera to offer 1080/60 is the latest Canon C100 Mark II selling for $5500 dollars. The new Canon 7D Mark II now puts this feature in reach selling for $1800 dollars.

My goal is to put it side by side to the a Canon 5D Mark III 720/60fps (upscaled to 1080) vs Canon 7D Mark II 1080/60fps. Of course when compared to a 5DM3, you do lose that sweet Full Frame sensor. Worth it? We'll just have to find out after testing it this week. Obviously there seems to be a boat load of shooters working with at least the original Canon C100 so I would have to say this camera could be a perfect compliment. 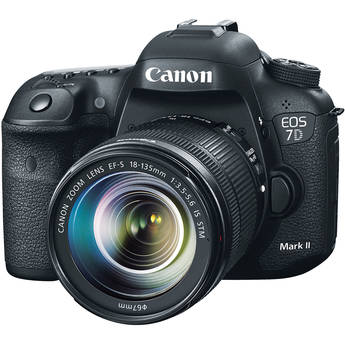