that has become available for budget shooters [Thanks Ryan]. It's listed as a 'Pro Compact Matte Box', but it should probably be re-named to 'Very Basic Matte Box'. On higher end Matte Boxes you will at least find a quick release clamp system or even swing away arm to make lens changes easier.

The inexpensive matte box comes with 15mm rail clamp, removable top and side flags, and various neoprene donuts. One listing states that at least one of the filter trays is rotatable for a polarizer, but it's hard to tell from the generic photos online. The matte box starts from $140+, found via eBay (click here). 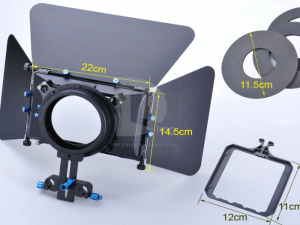 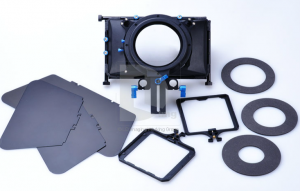