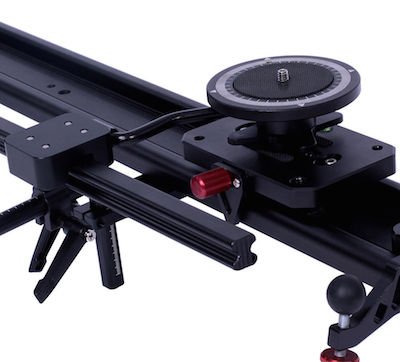 Tired of static camera angles? We all know that sliders can add an entirely new dimension to your video, but Panning the fluid head simultaneously can add even MORE! Of course it's tricky business tracking a subject perfectly and to repeat the process purely by hand is near impossible. Well here's a little Parallax Slider Add-On Track

that you can mount to just about any video slider so that you can have auto-panning to track a subject. Here's a very quick video about how it works.

The kit comes with just a few parts and has a dozen different 1/4" or 3/8" mounting options to get it to fit on just about any slider. The track adjusts quickly so that you can setup your next tracking shot. Build quality is great and things work smoothly. 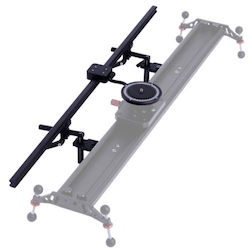 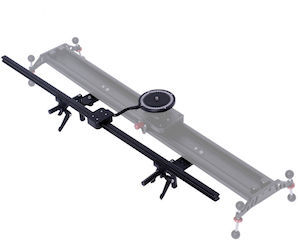 You'll need a bit of practice on how to get it to work best by ensuring your track is not too high above the auto-pan base or it can bind. After about 10 minutes of playing you'll pretty much master the technique though. The kits are available with different lengths for short or long sliders and start at just around $150 (you provide the slider). Find it (HERE).