If you're looking around for some great fresnel lights the first name anyone usually drops is 'Arri'. Above is featuring a three piece set of 650w Arri Fresnels. I've worked with these lights on a few sets, and they are everything everyone says they are. They do come in at a pretty penny too. 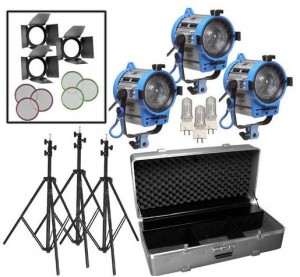 Now check out the claims about these lights below. These are a couple of lights that i've been getting questions about, but i'm not familiar with them myself. Sometimes going by Blueline or JieTu, this three piece set of 650w Fresnels is a direct knock-off of the Arri kit going for a third the price. No joke when I say it's a direct knock-off, as it carries the same (looking) housing, and available in all the same sizes from 150-2000 watts Fresnel heads. All descriptions claim to be 'Like Arri', 'As Arri', or 'Perfect Clones to Arri'. Looking at the different retailers and sellers i'm curious as to why there isn't any negative reviews on these items.

There's not too much information about these 'other lights' on the web, but here's a video showing off one that's 'Arri-Like' going under the brand CineLight. I'm not saying CineLight is the same, but looks close enough to me and it definitely isn't an Arri. Has anyone used these, seen these, bought these? Leave a comment and share some info, since I can't answer the questions coming in. 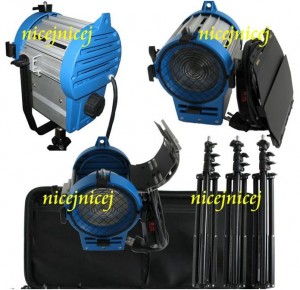